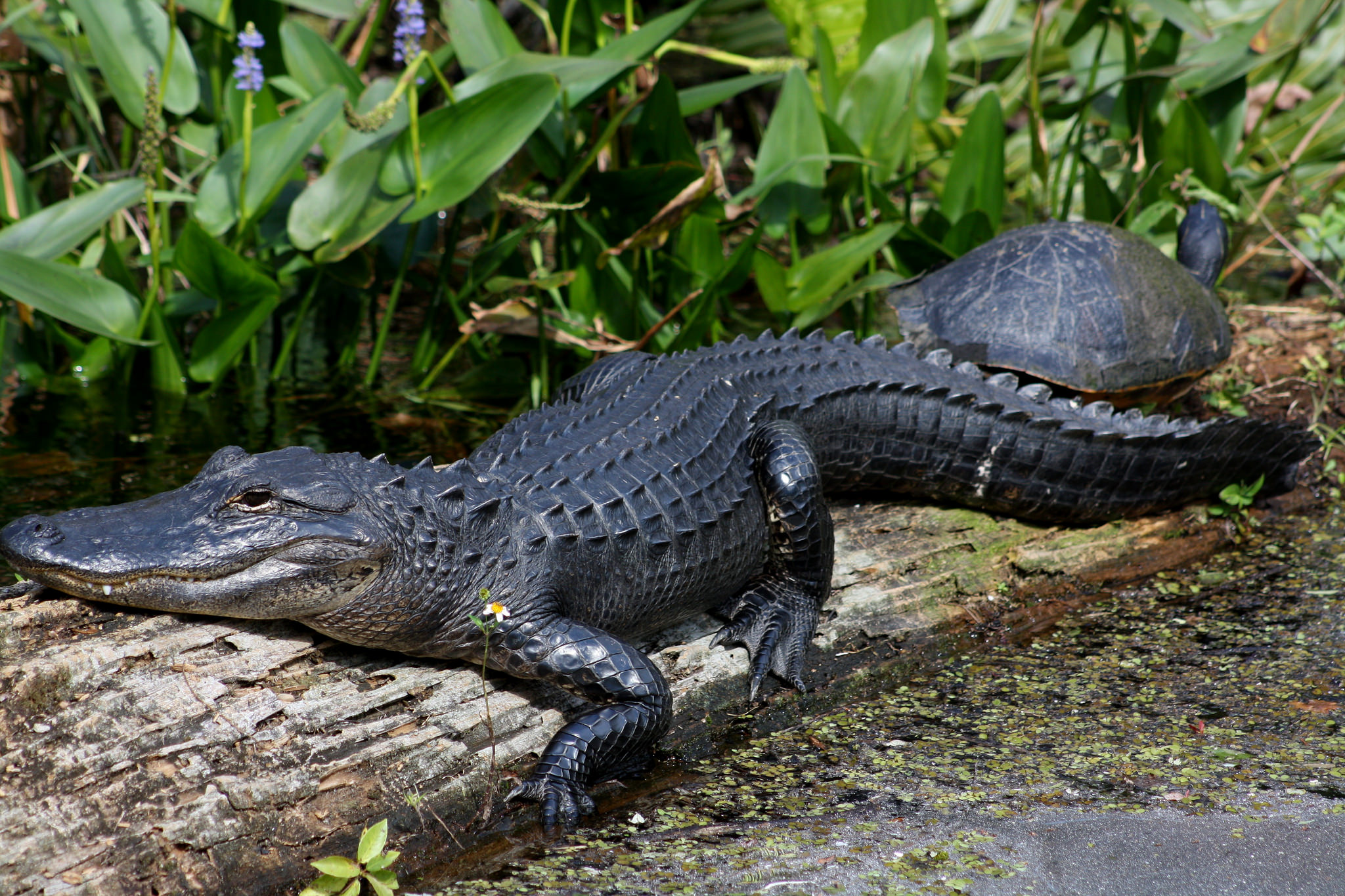 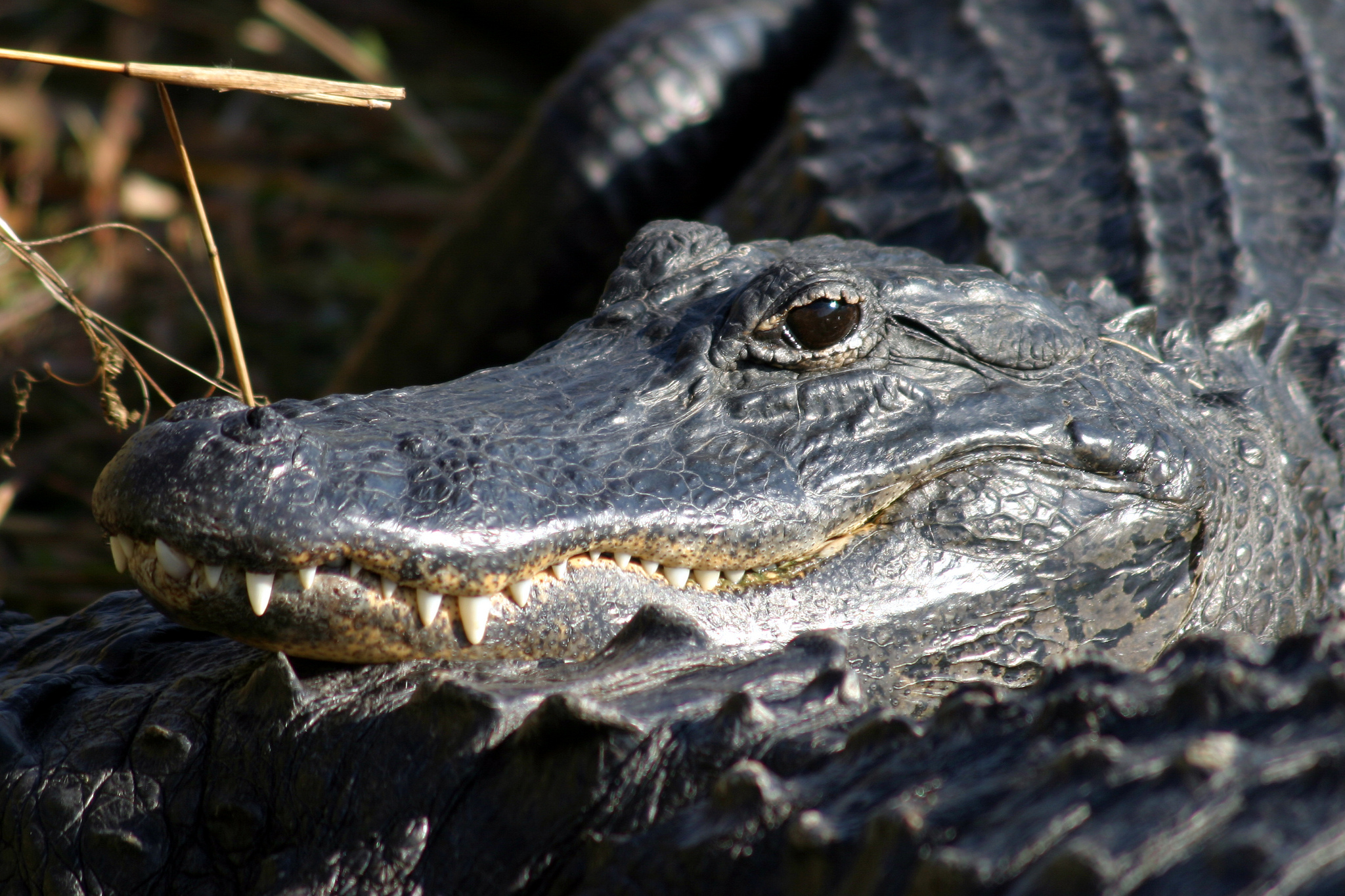 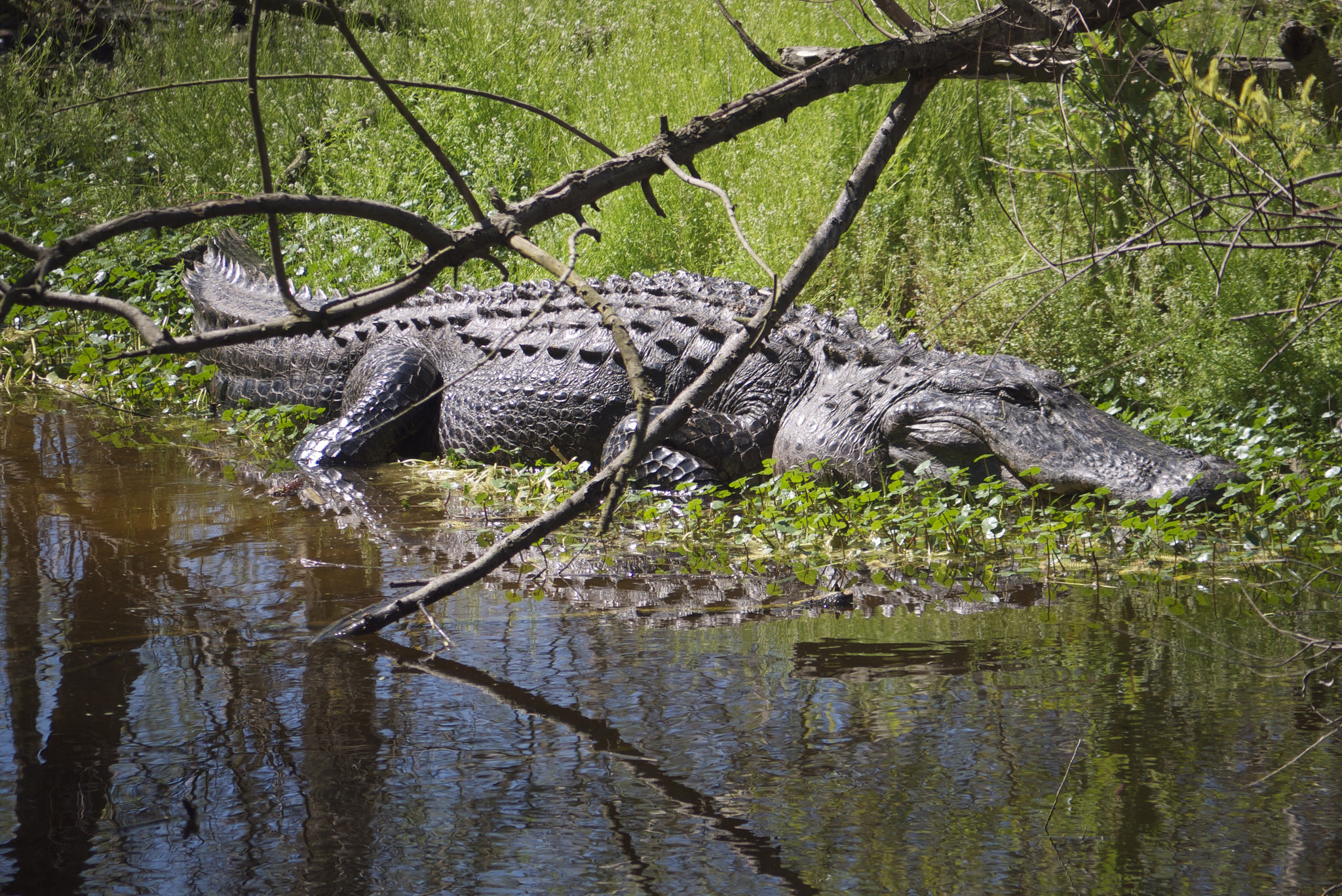 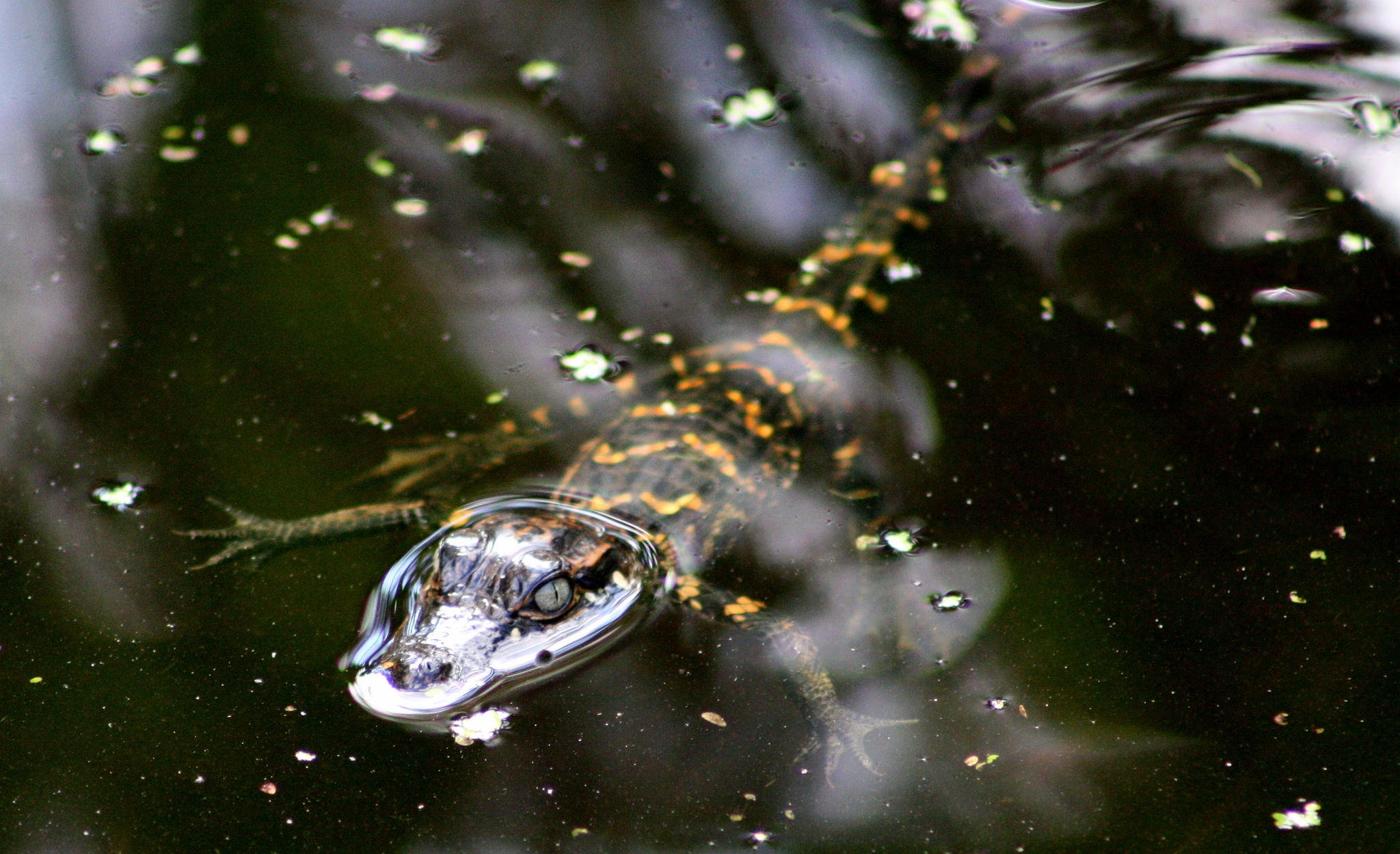 Alligators are perhaps the most important large animal in southeastern aquatic ecosystems. Capable of reaching 15 feet, large adults keep waterways open from vegetation that would otherwise choke free-flowing waterways. Even smaller alligators help with this effort. They swim by moving their tails back and forth with their fore and hind limbs pressed against the length of bodies for streamlining. In times of severe drought, alligator pools dug outside entrances to their dens are typically the last place water is available. When animals come to drink out of these pools, an alligator will only take a meal every few days or so as “payment”.

These reptiles emerged into the form we know today as crocodilians (alligators, crocodiles, caimans and gharials) as early as 200 million years ago with ancestors of our modern alligators appearing around 65 million years ago. They have been quite successful as a group ever since. American alligators inhabit nearly every fresh water habitat there is in the southeastern USA. They range along the southeastern coastline from the lower reaches of North Carolina all the way southward to the tip of Florida and along the Gulf of Mexico westward to Texas.

Alligators are very wary of humans and especially where they have been disturbed. That is why they are rarely spotted in Ebenezer Creek. It only takes a few negative encounters with humans for alligators to learn to steer clear. One of the most striking bits of information about alligators is the sex of their offspring or hatchlings is determined by the temperature of their nests. Nest temperatures of 860F and cooler produce females, while temperatures 920F and warmer produce males.