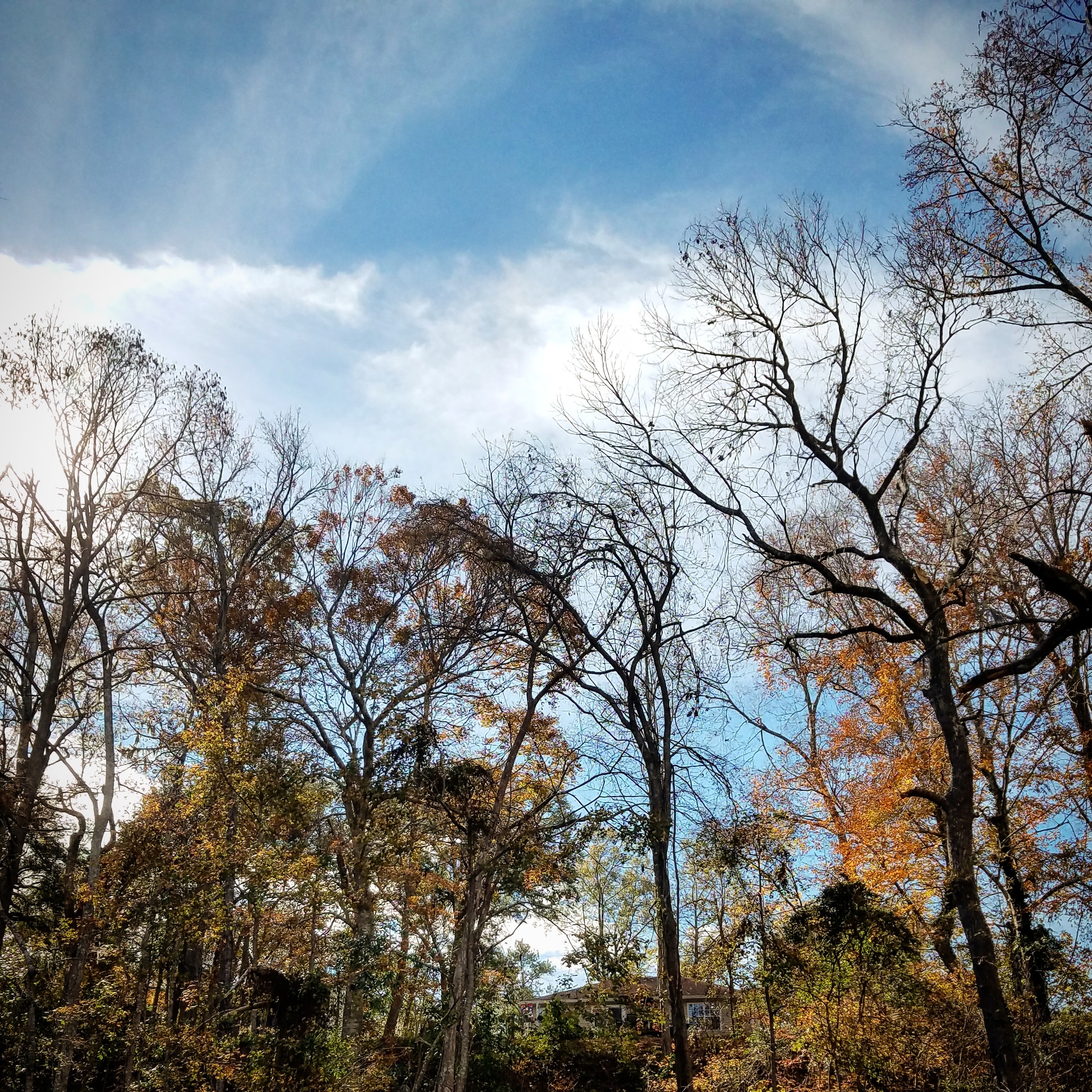 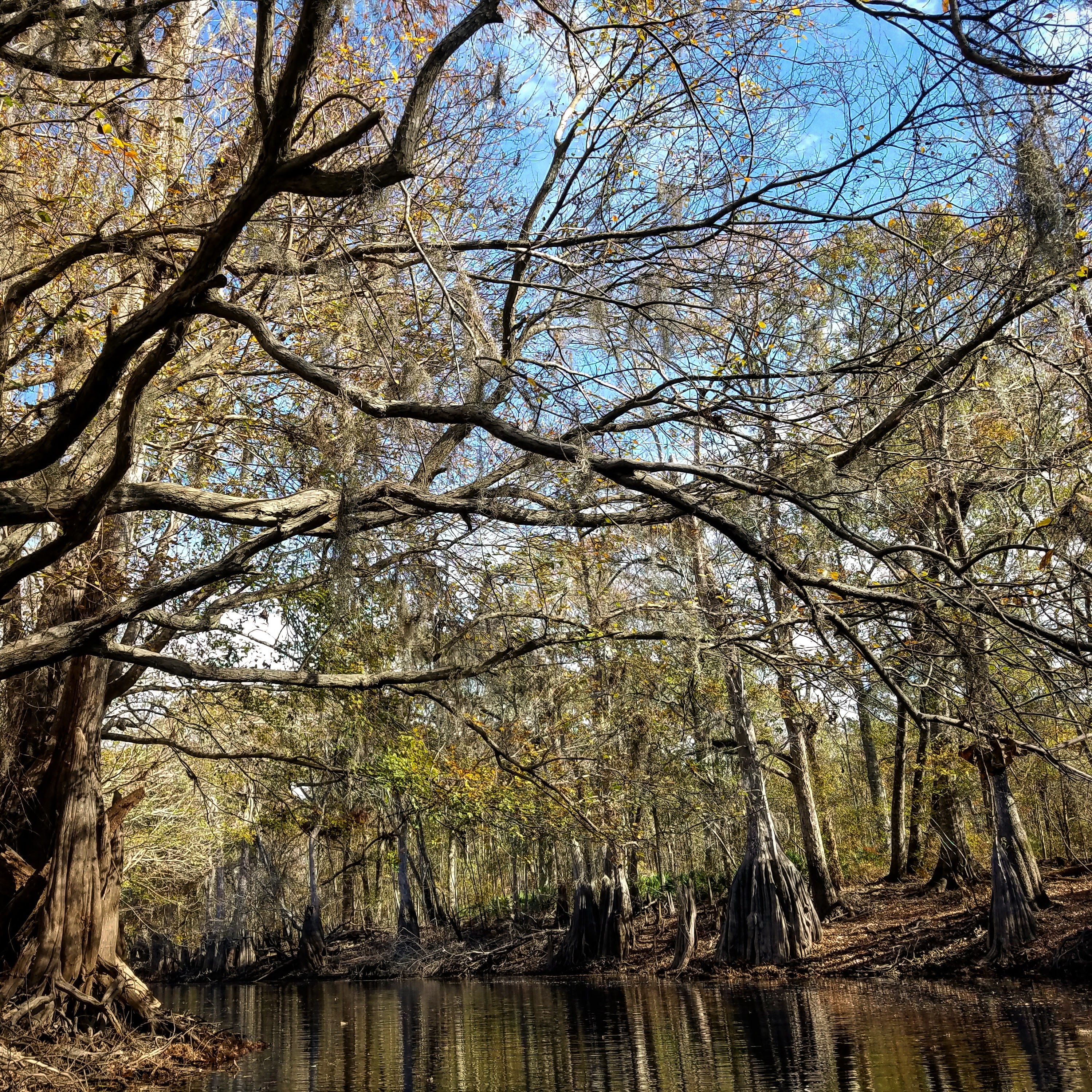 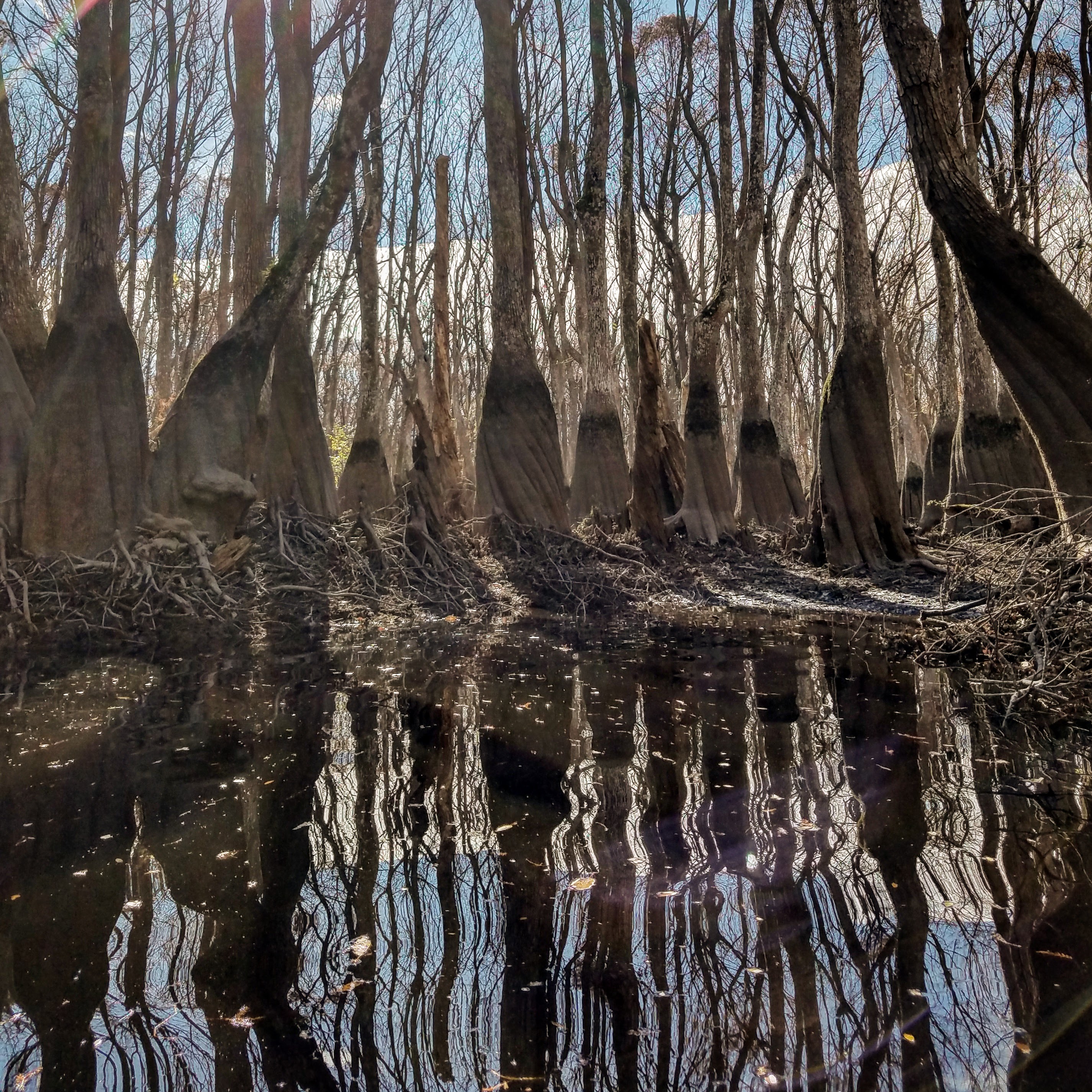 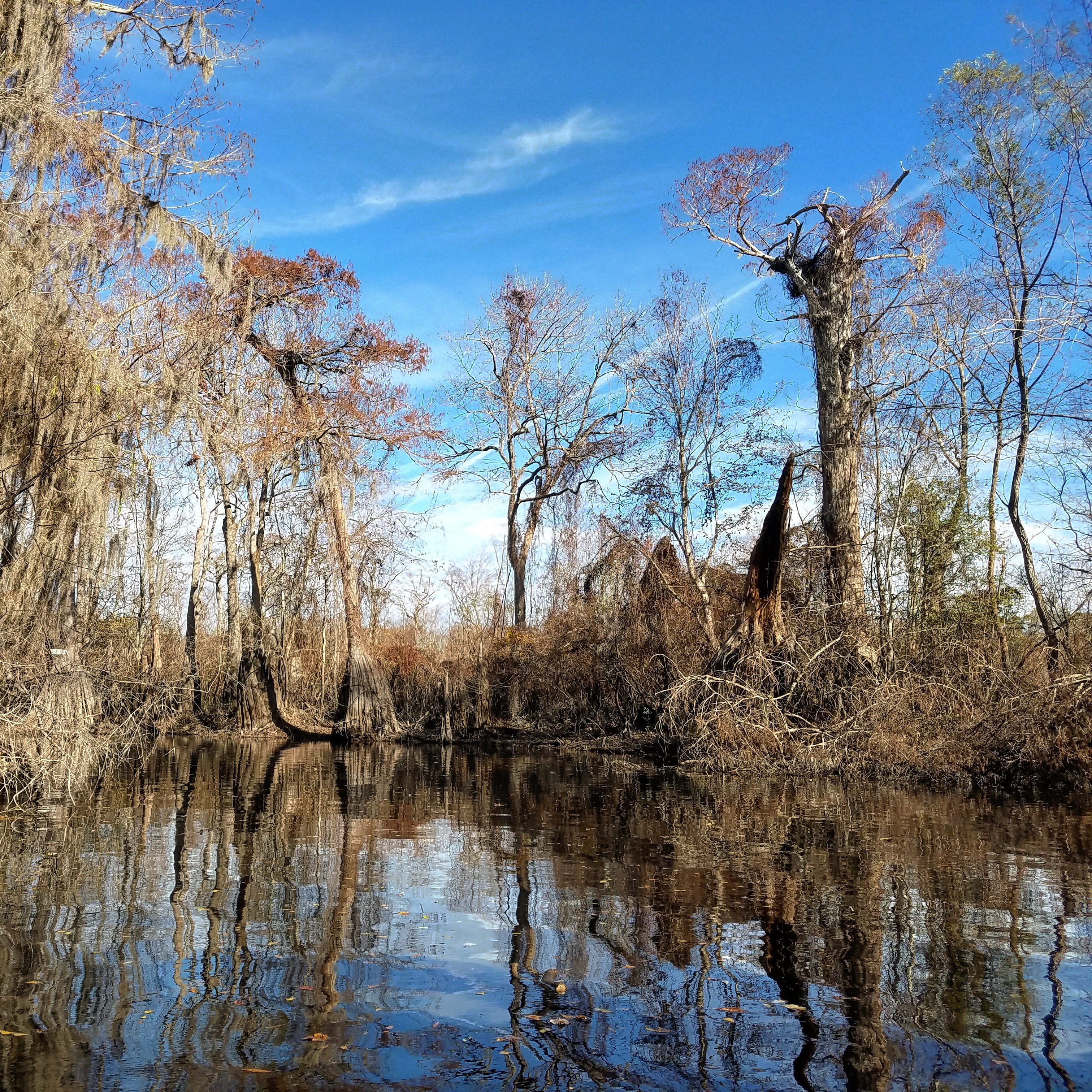 The most eye-catching features of Ebenezer Creek are the trees, spectacular trees! In particular the towering cypress with their feathery fern-like needles and small brown cones resembling baby’s fists are the most impressive. Some reach dizzying heights of over 100 feet! The most noticeable features of these majestic giants are their buttressed trunks and knees, which help stabilize them in typically soggy substrate or soil. This tree, as well as tupelos, adapted over millennia to thrive in very wet environments by spreading out their trunks at the base.

For additional stabilization, the cypress evolved knees. The knees are upright structures that grow skyward from the lateral or side-spreading roots. In areas that are wet nearly year round, the knees tend to be taller as compared to those of cypress in periodically dry areas. To some imaginative types, the knees resemble forest gnomes watching from the sidelines as the parade you are in floats by. For the cones to mature and release seeds, they must fall on to relatively dry peat. As is typical in our southeastern river swamps, water levels fluctuate and at some point during the year the water level drops enough to expose dry peat.  Cones drop on to the “dry” peat releasing seeds to begin new cypress seedlings.  The oldest cypress trees in North America are estimated to be 3,500 and 2000 years old. The swamp they began growing in is here no longer, so “The Senator” (17.5’ diameter) and “Lady Liberty” (10’ diameter, formerly known as “The General”) of Big Tree State Park in Longwood, Florida, are now on high, permanently dry ground.

Cypress trees are only one of two coniferous (cone bearing) or evergreen species in North America that drop their needles in the fall. Beginning as early as late October, Ebenezer may be carpeted with these beautiful russet-brown cypress needles. Vibrant green needles typically sprout by early March. Tupelos on the other hand are deciduous hardwood trees with large, green, broad, spearhead-shaped leaves that have a different strategy. Following the course of true hardwoods, their leaves turn color in the fall and drop off for winter. New beautiful green leaves grow out in spring.

The fruit of tupelos are their most interesting characteristic. They look like small elongated crab apples. When the over an inch-long fruit ripen in the fall, they turn a beautiful apple red and drop into the water. The small elongated “crab-apples” are eventually transported to dry places where the seeds are released from the rotting fruit or through the excrement of birds or other animals that eat them. Unlike the cypress, the tupelos need to be very close to water to thrive. The fruit is tart when ripe but can be made into a rather tasty drink by although, you may need a lot of sugar or honey to keep from puckering up. The configurations of the trunks of tupelos can alos be very interesting. To those with vivid imaginations, they appear to be people who dove into the water head first and got stuck with legs and bottoms sticking up out of the peat! 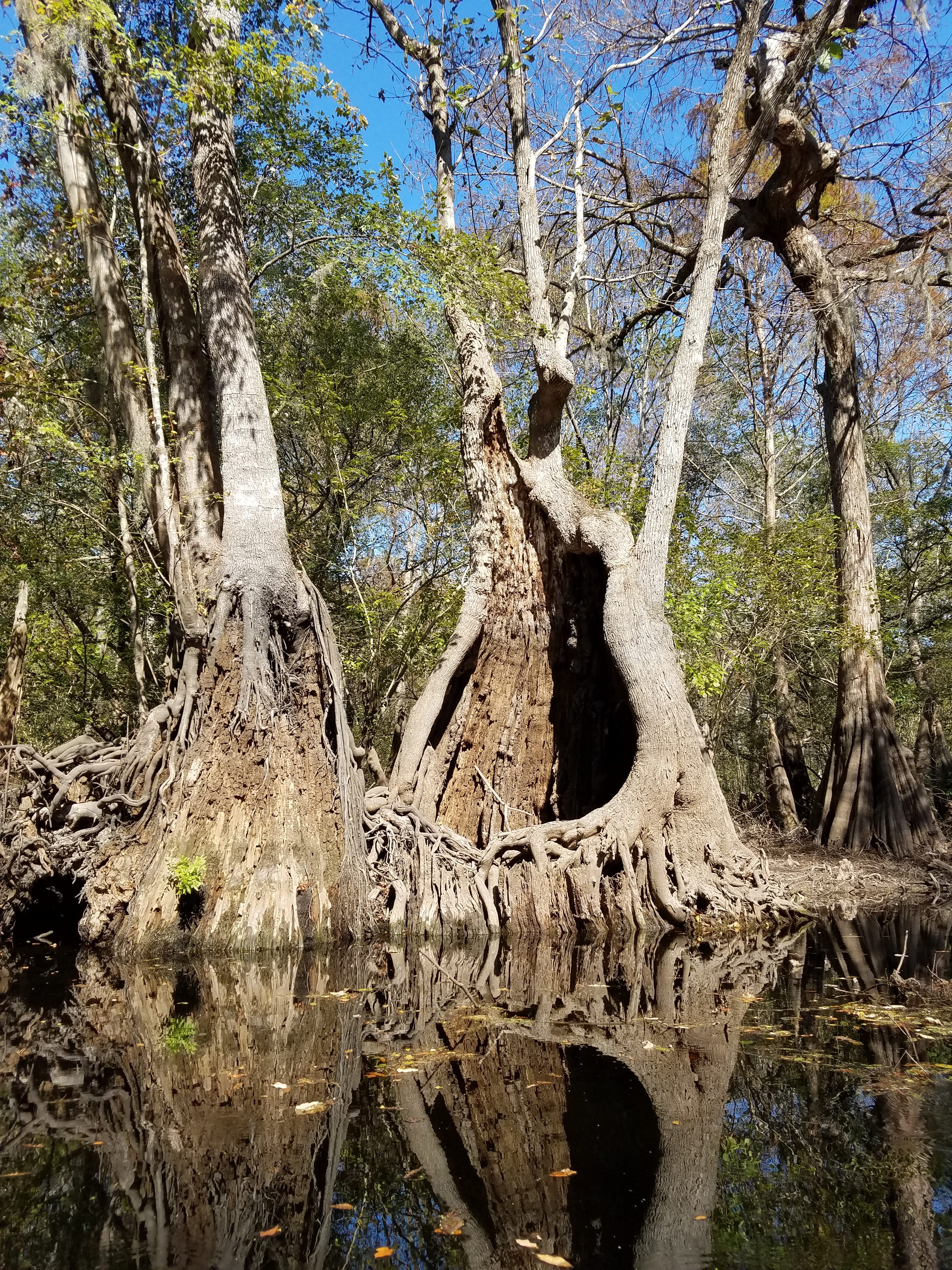 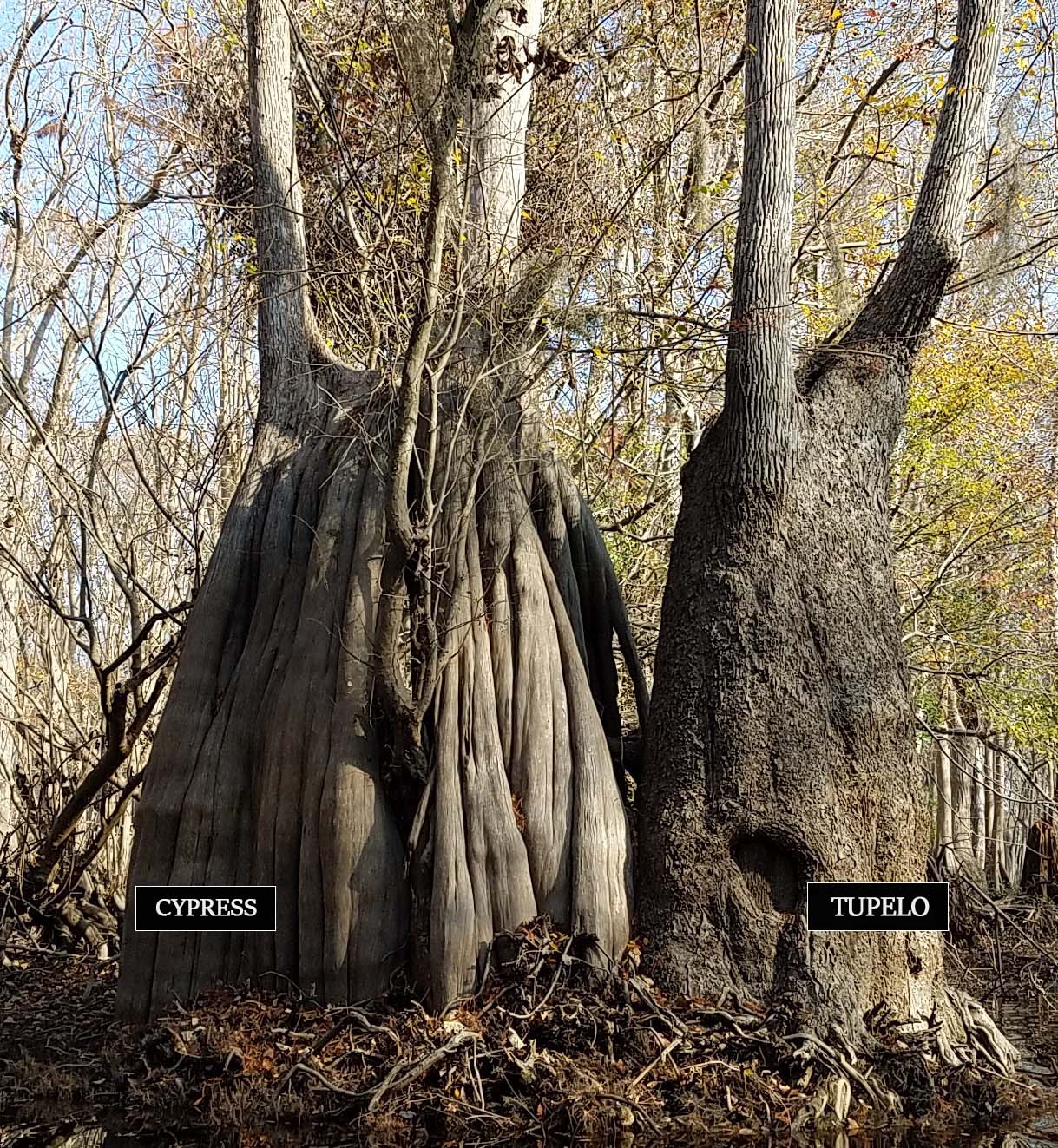 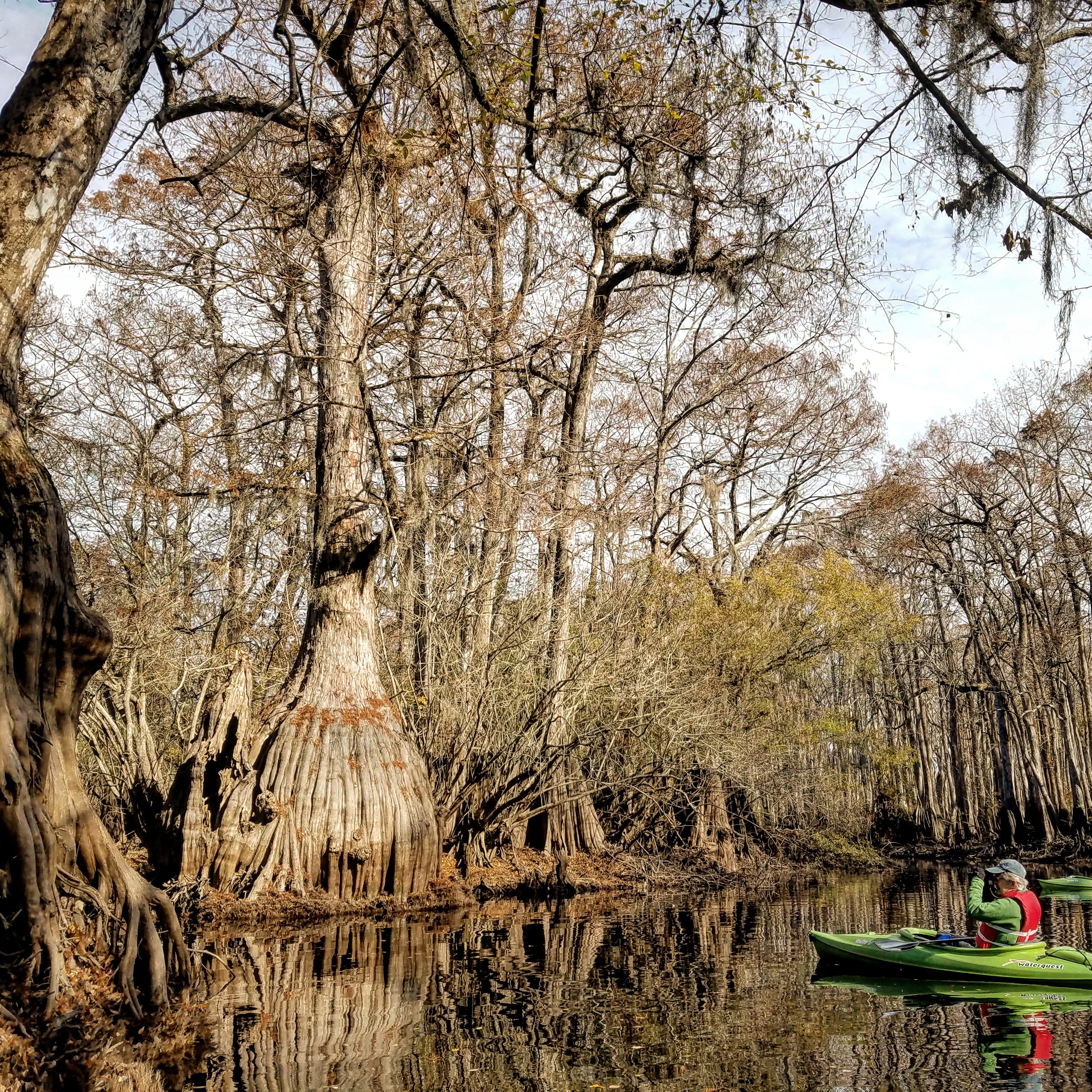 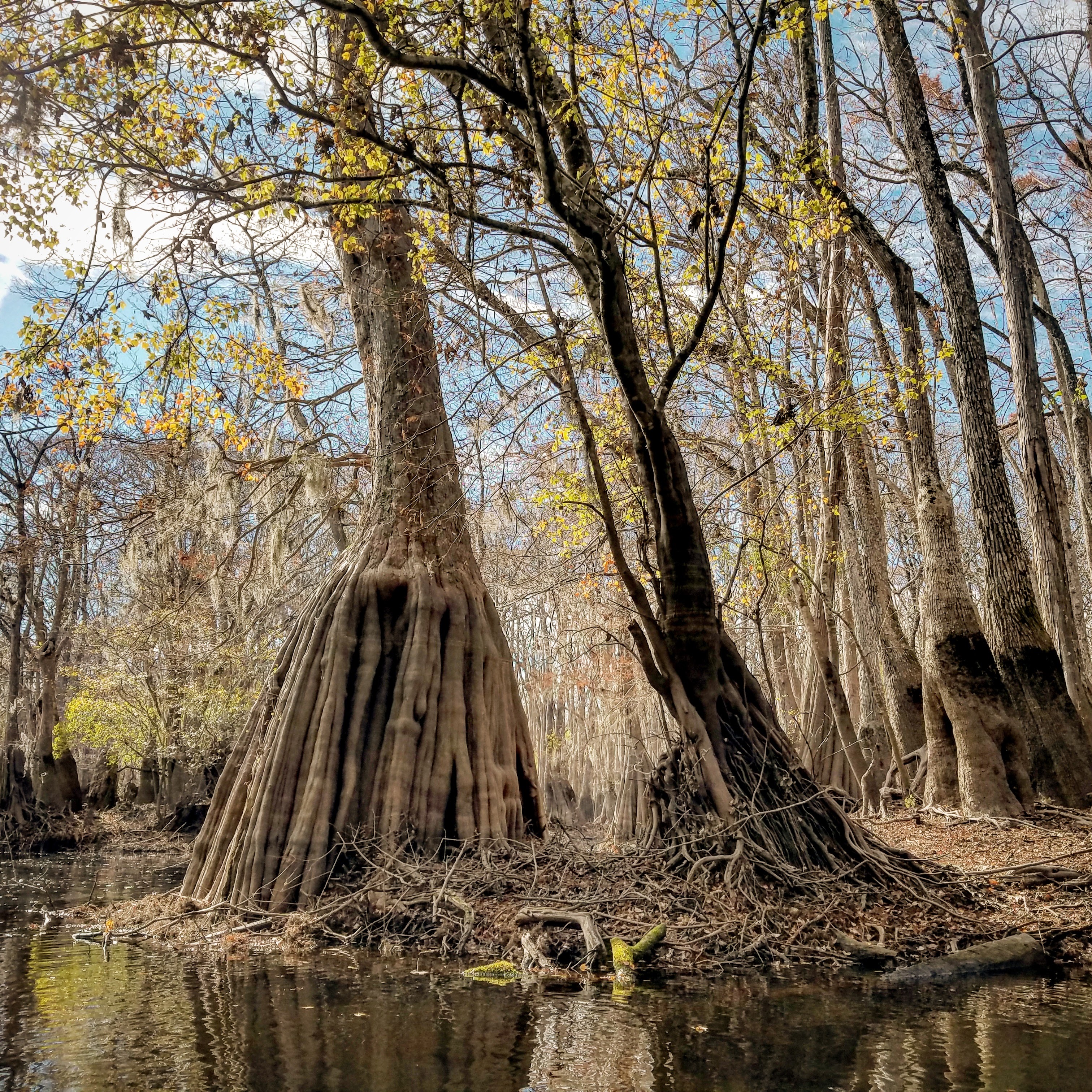 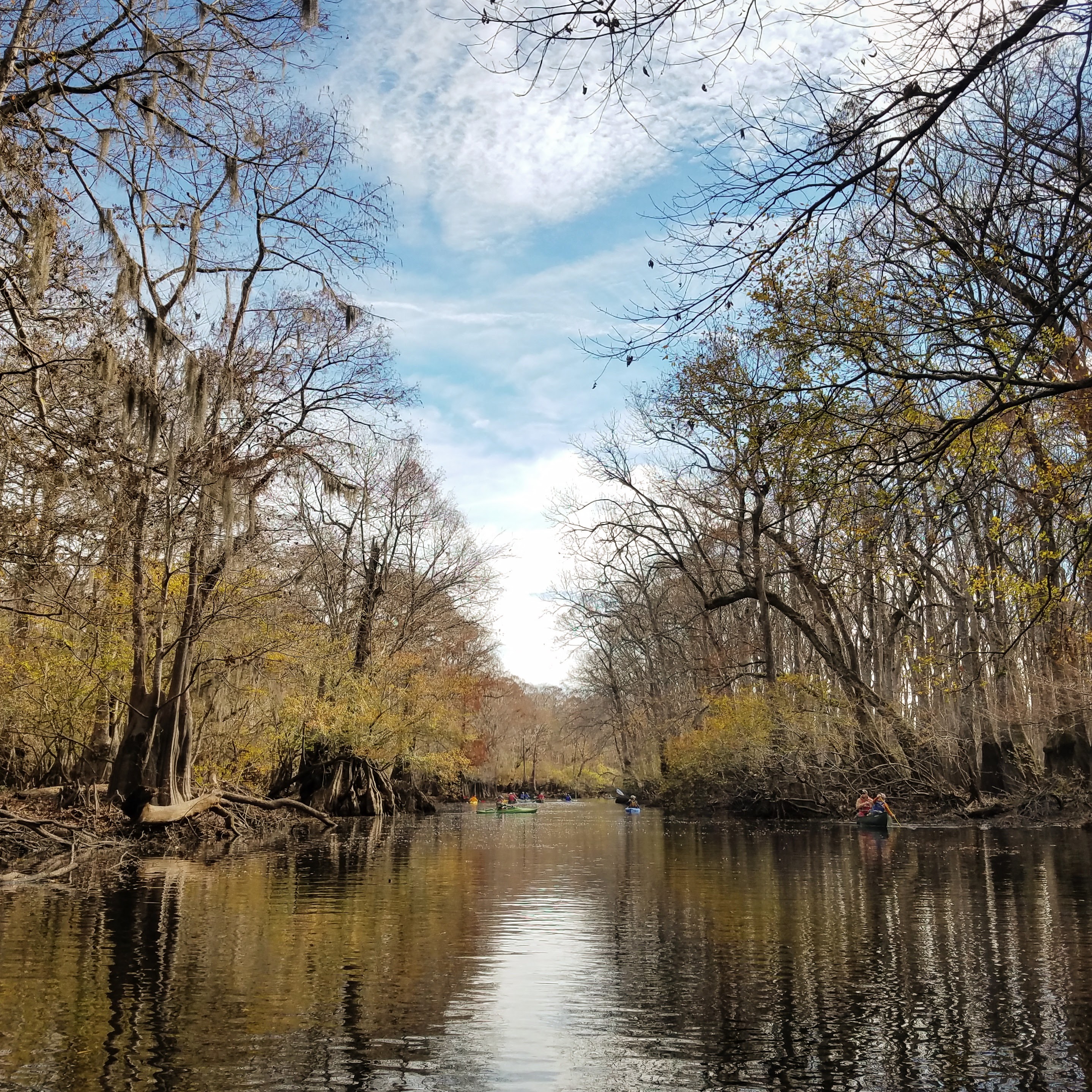 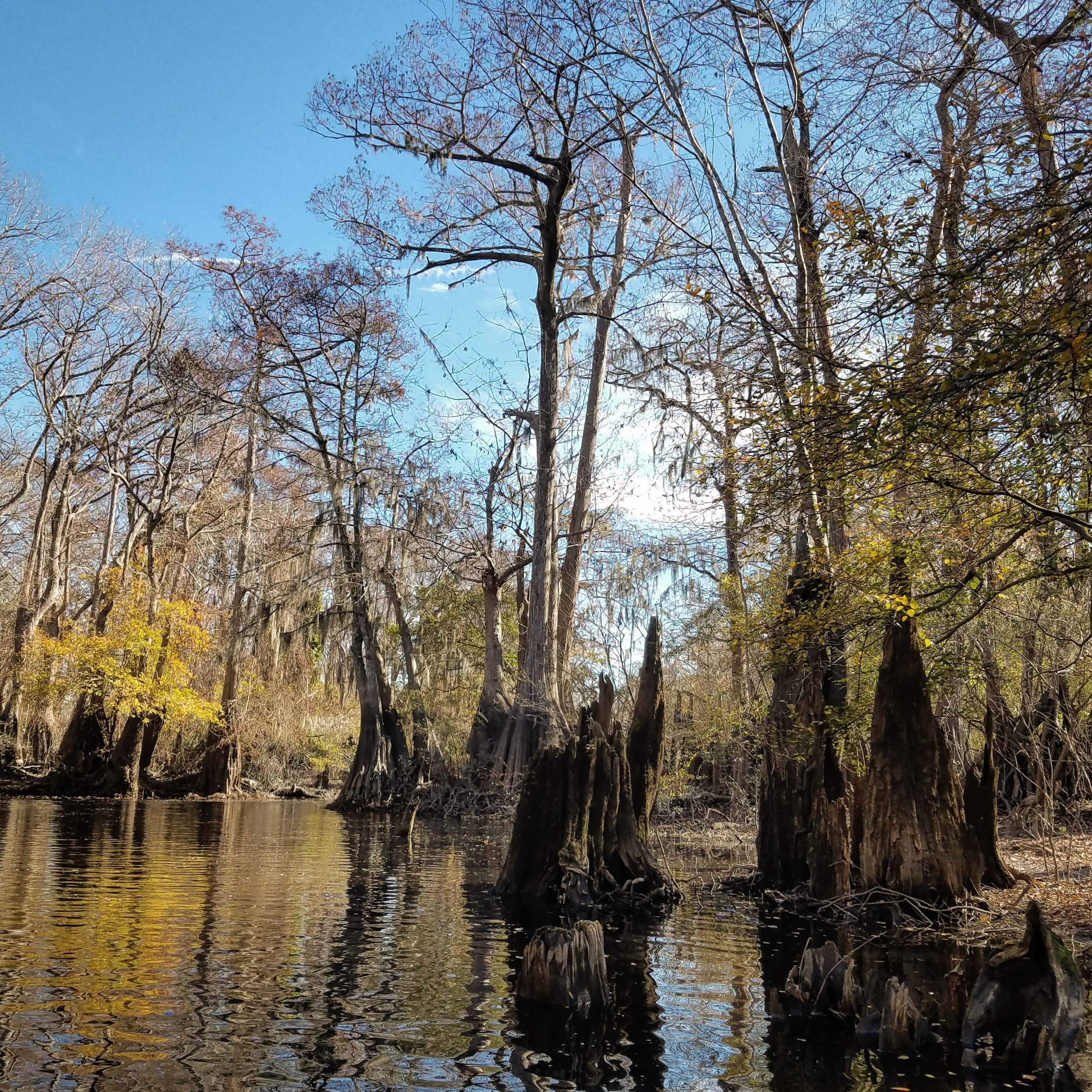 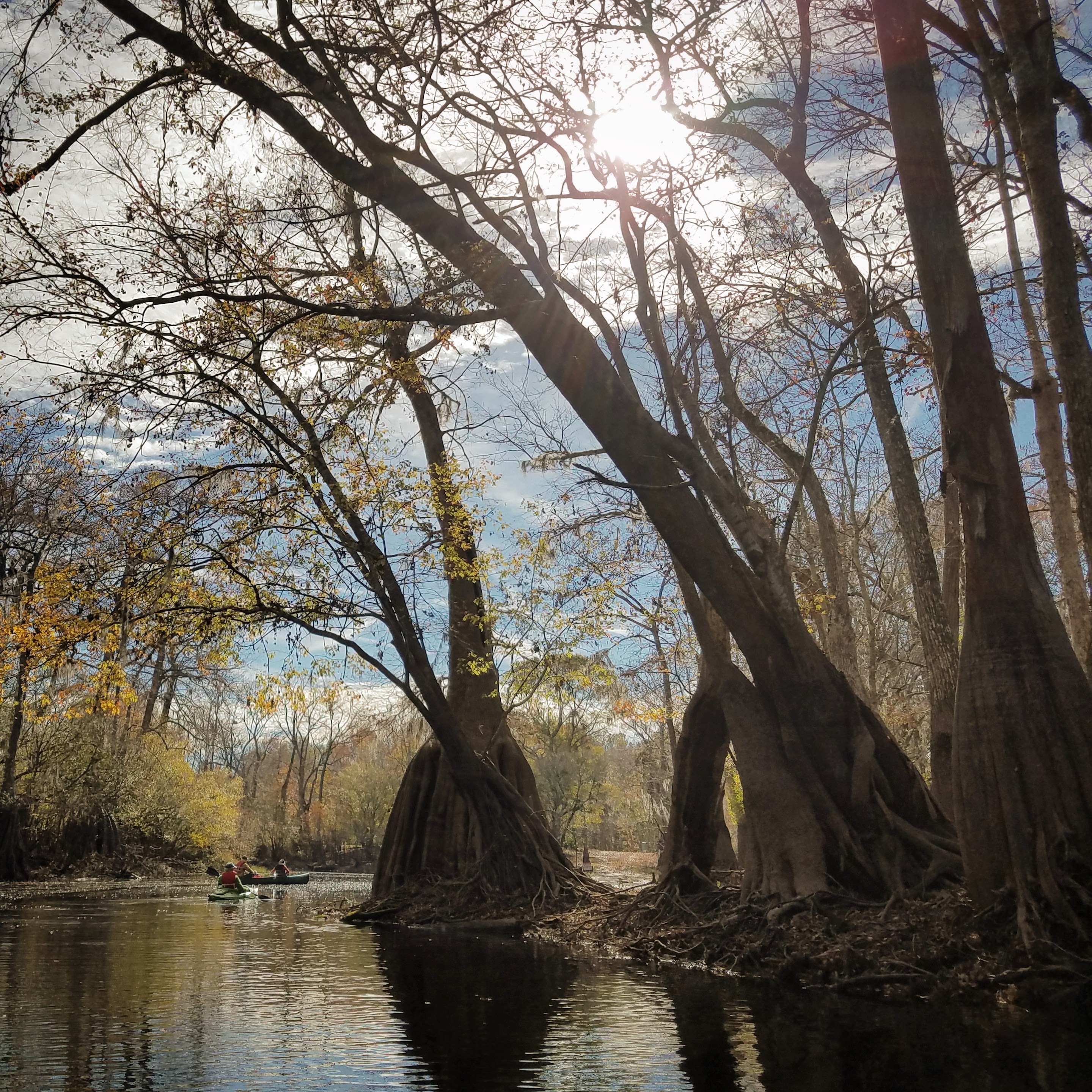 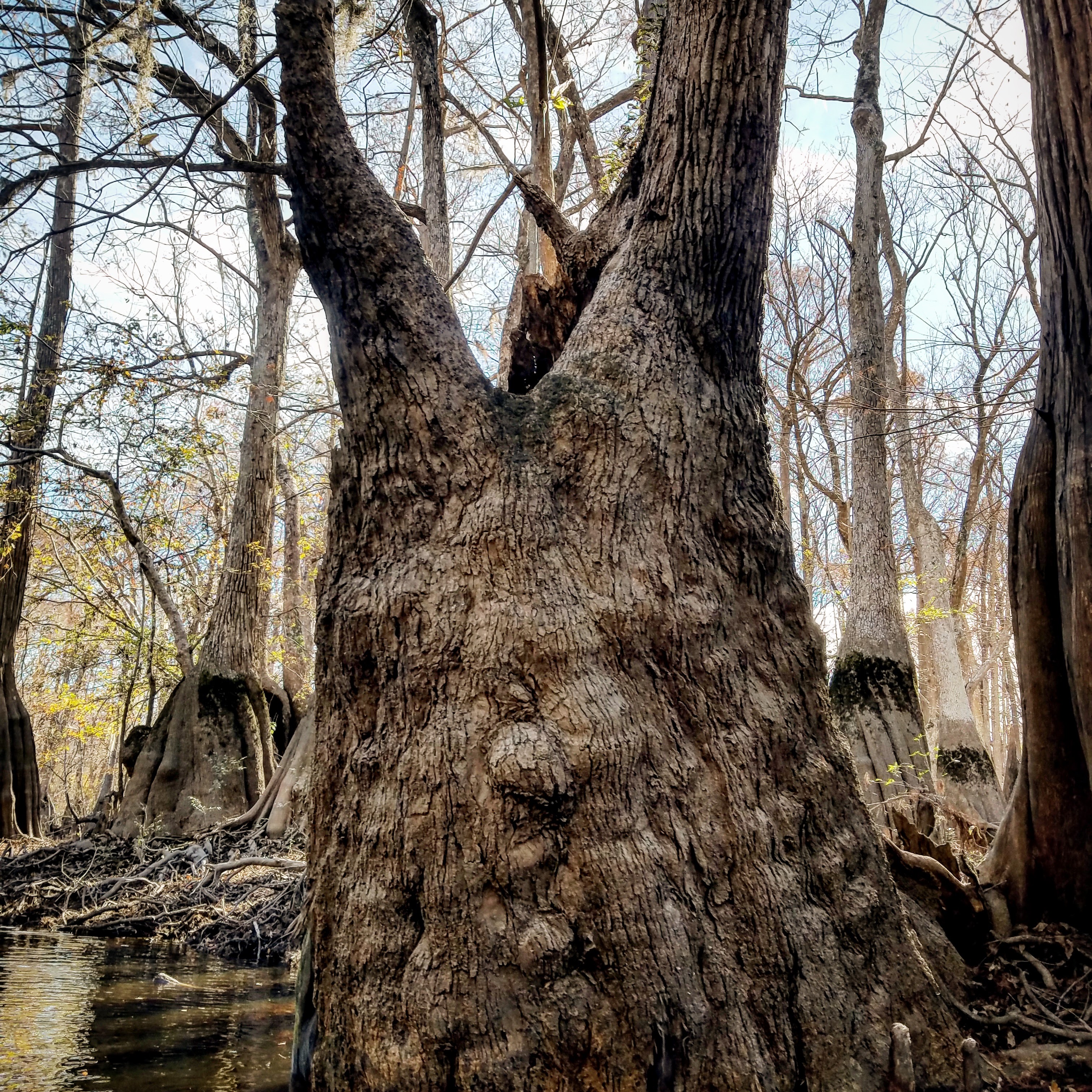 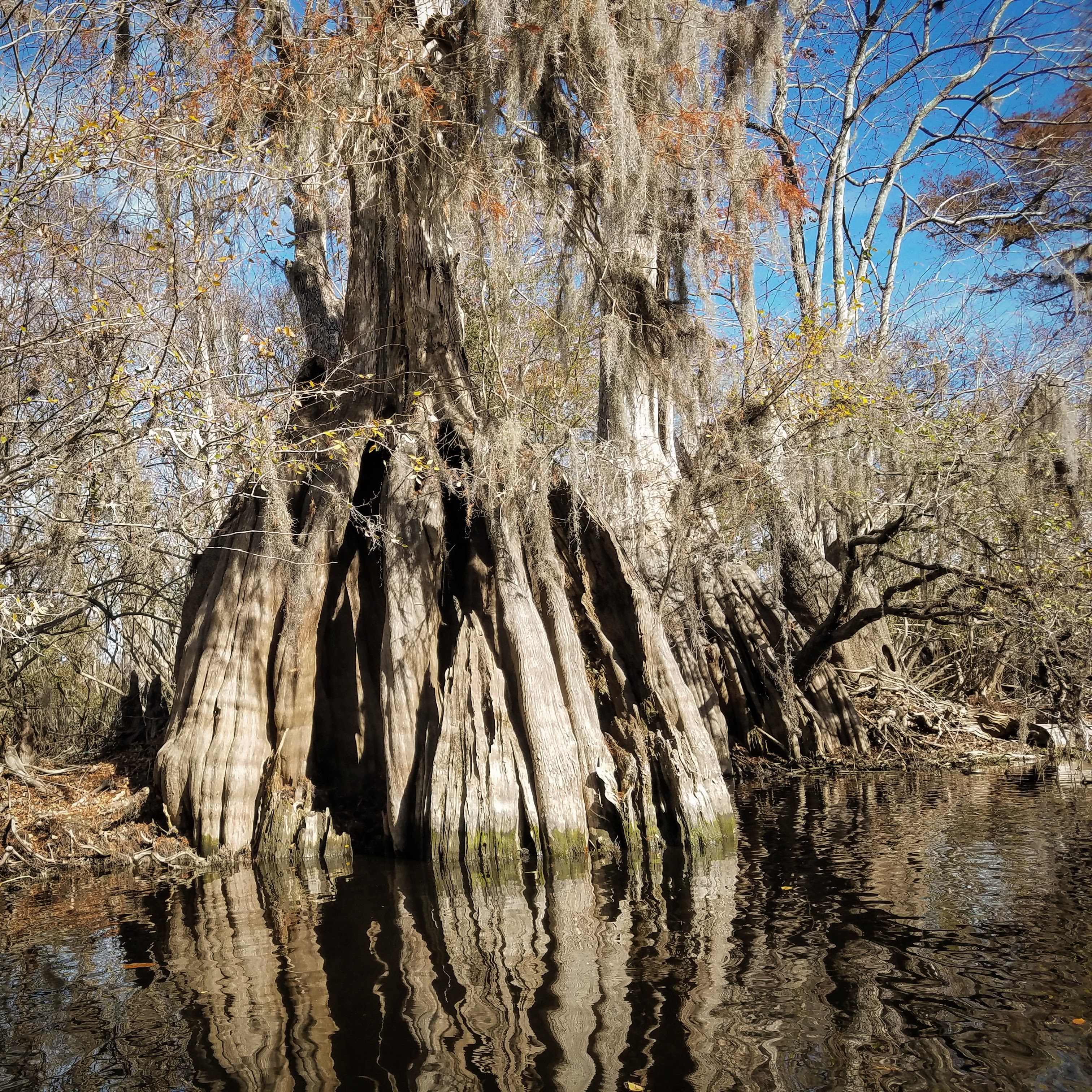 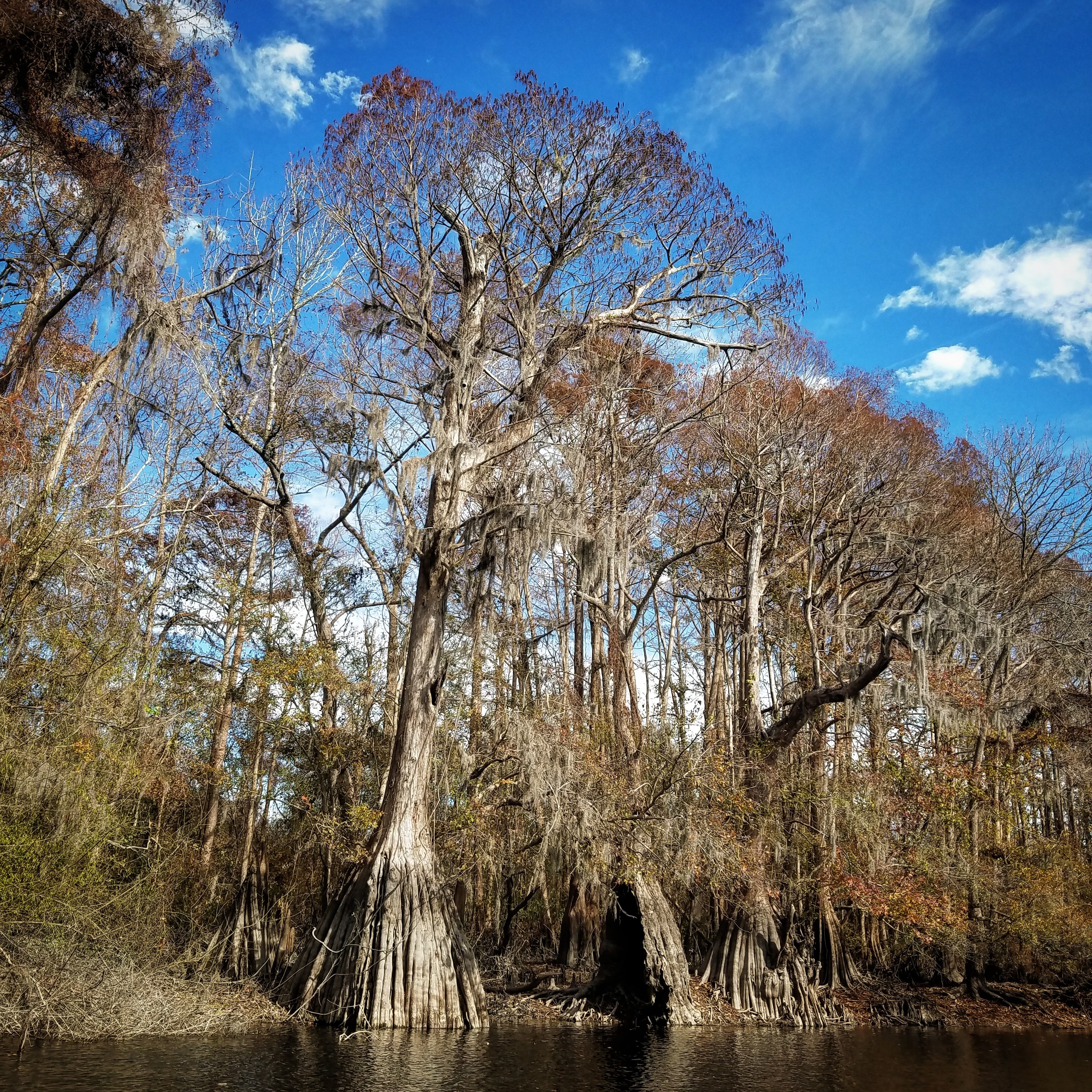 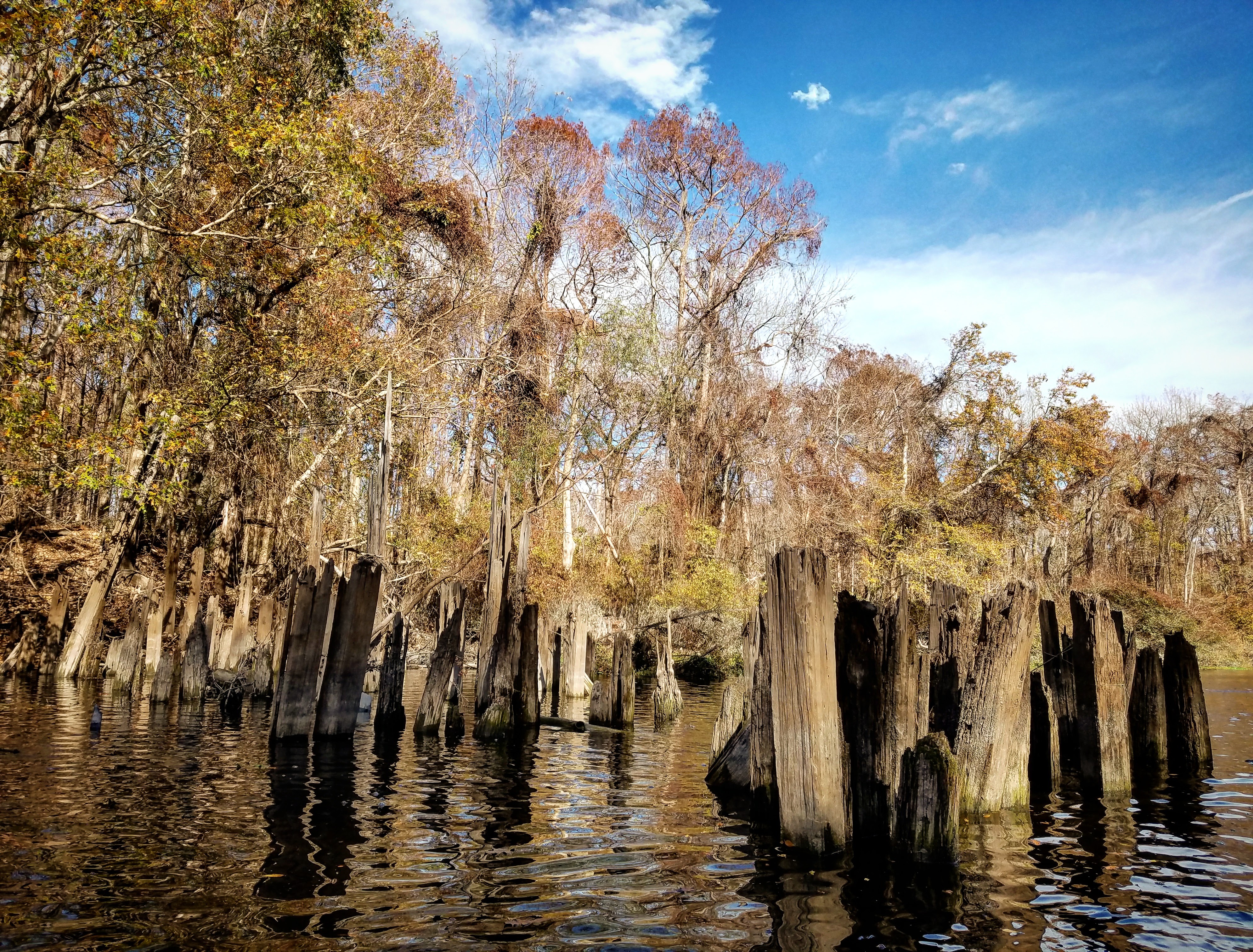 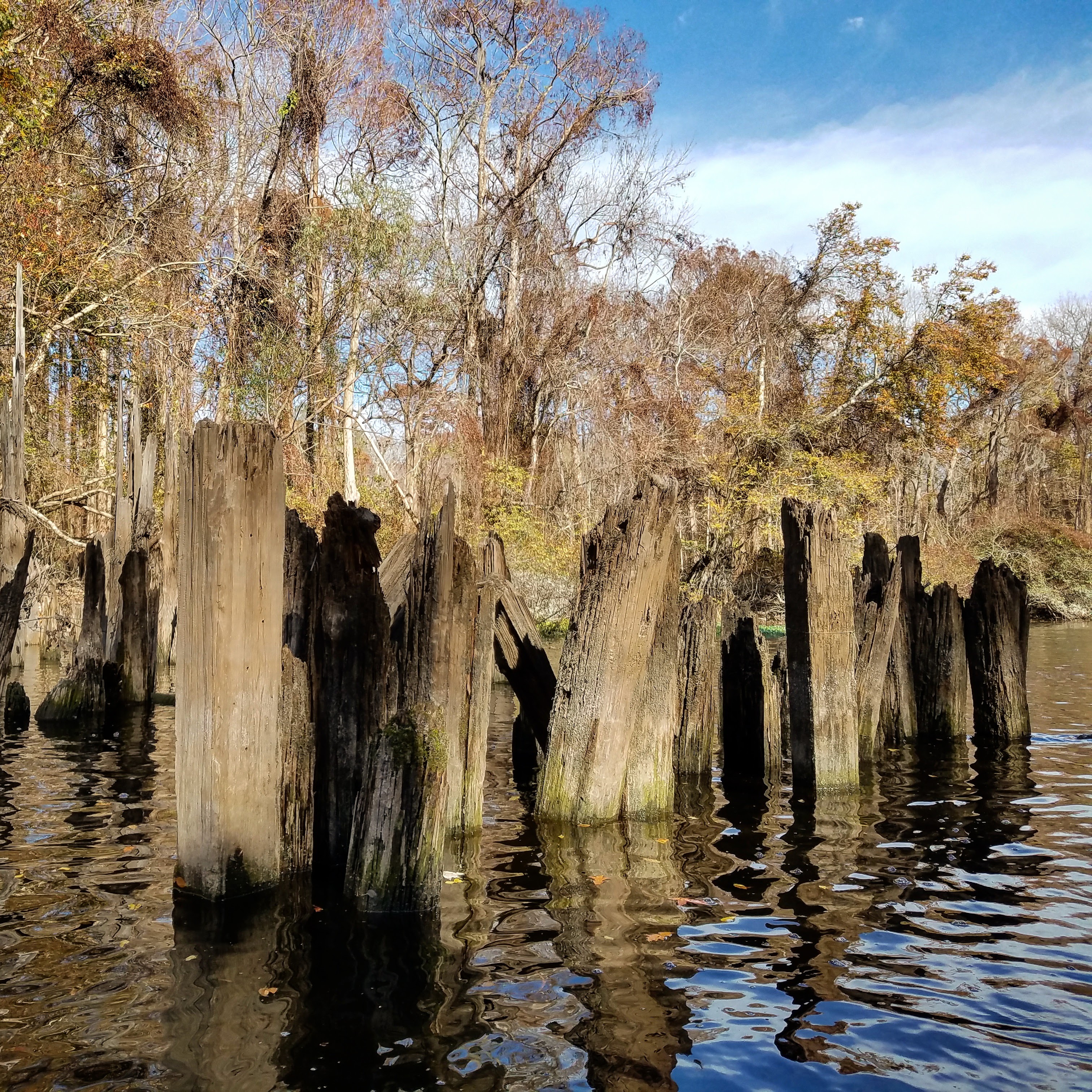 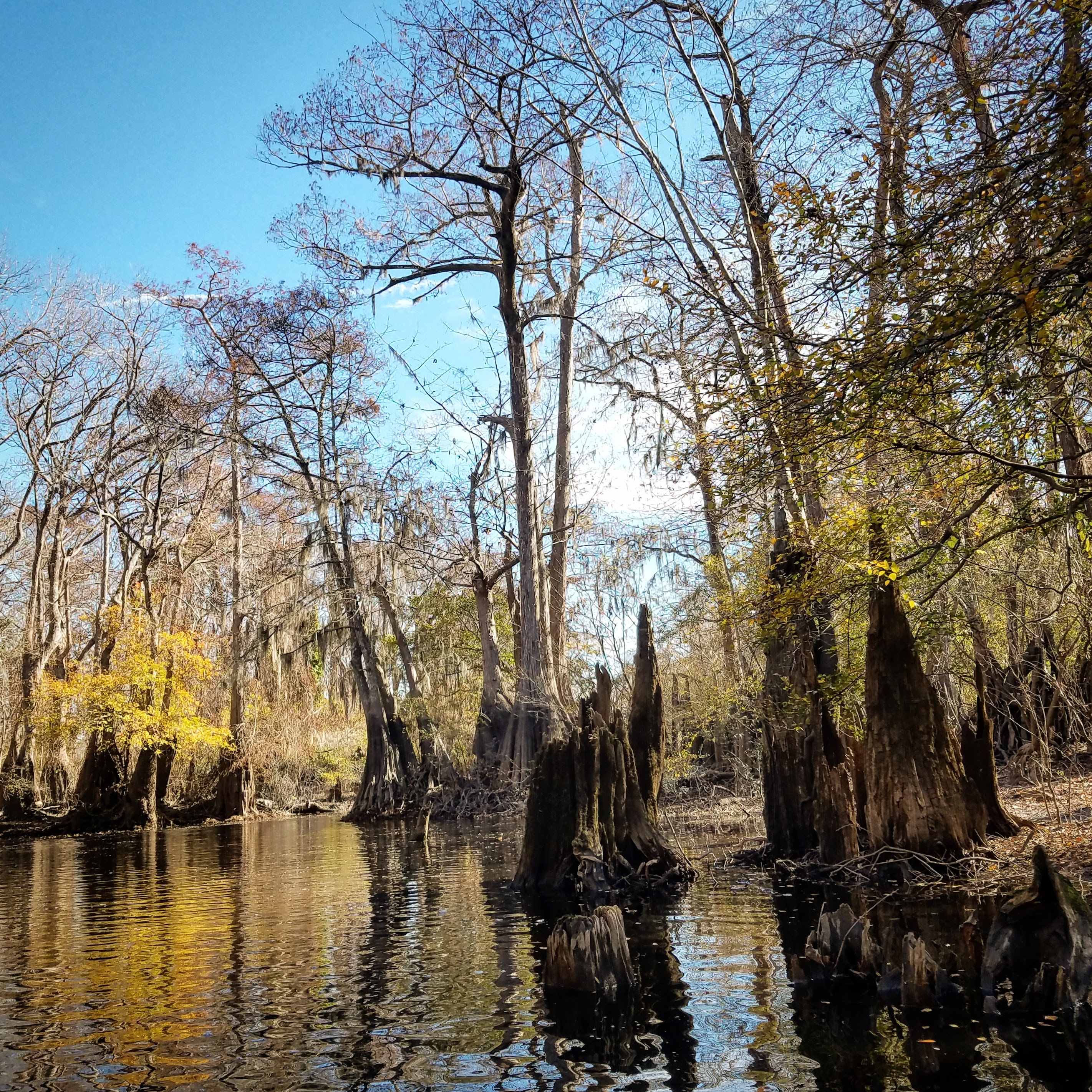 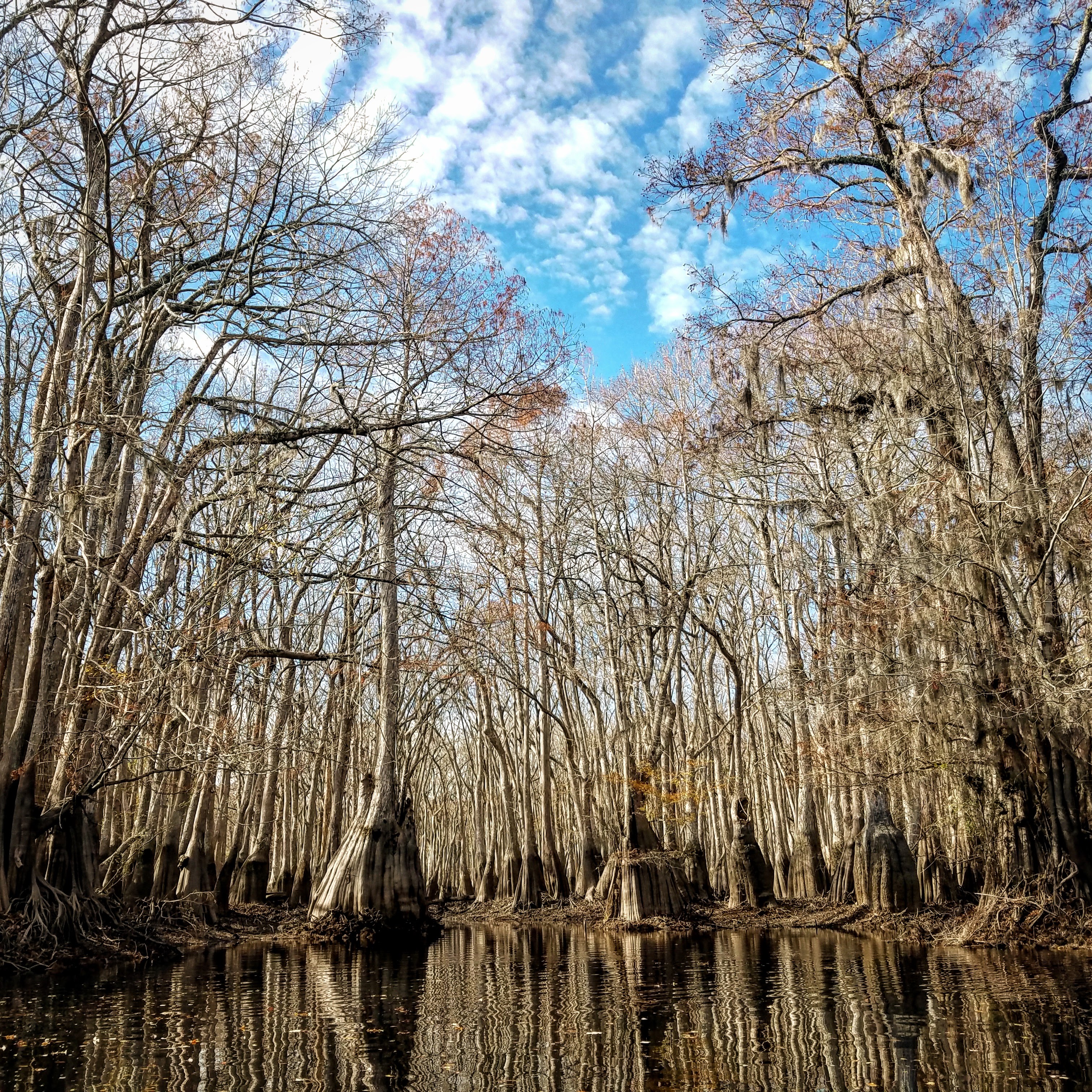 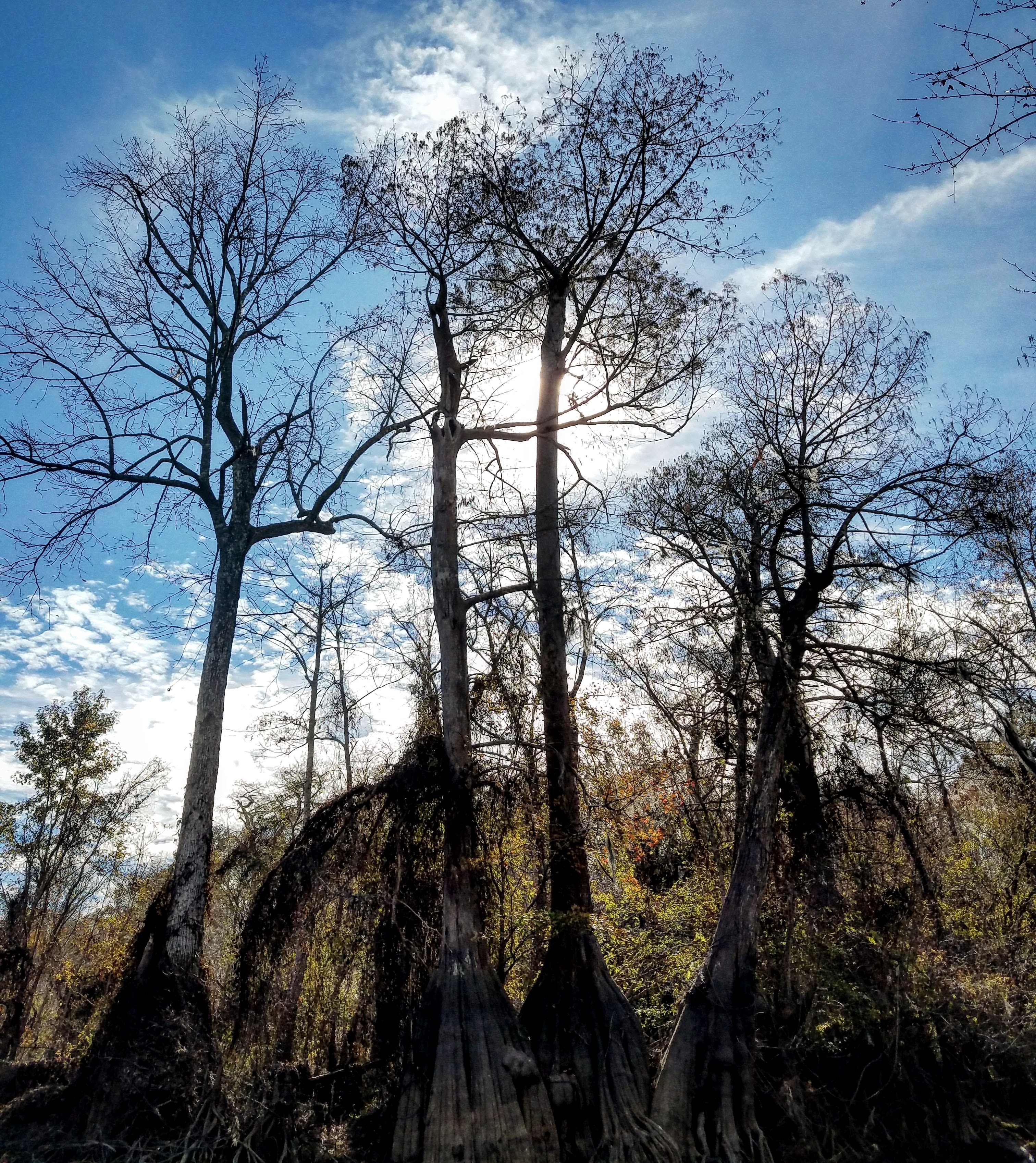